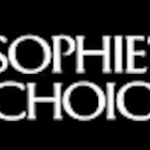 Pedro L. Gonzalez suggests that an “alliance between paleos and populist-aligned Straussians is possible.” We would agree that is it theoretically possible, and that it is absolutely required considering the magnitude of the threats to Permanent Things. We cannot help but wonder two things. Would the Straussians even consider such, we paleoconservatives being so few and so many of them inaccurately conflating us with Jacobins? And, just as importantly, if such an alliance was formed, and we were able to thwart the current threat, what would the world look like after?

Paul Gottfried published a piece yesterday in Chronicles called Clearing Up the Confusion on Leo Strauss. It was a fair and necessary piece. Strauss is complex, he was brilliant, he is often misunderstood and he was certainly wrong about some significant things. But Strauss himself is not the problem. It is the interpretation of Strauss and the building upon those interpretations that most paleoconservatives perhaps take the greatest exception with. It has always been unfortunate that two groups came to be called “Straussians” in the first place. “Jaffites” is a much more accurate term for West Coast Straussians, but what is in a name matters much less than understanding the nuances and permutations of ideas under that name.

In the past months, West Coast Straussians have begun to make calls, louder and louder, for a return to the sort of Federalism that the conservatives in the Antifederalist camp called for (ironic). Their warnings of the dangers of centralization and of a tyrannical majority sound very much like Calhoun (beyond ironic). We would welcome this, if only they could find it in their soul to also admit they were wrong about the Antifederalists (the conservative sort) and Calhoun. The desire to see that sort of intellectual honesty is not a desire for a win or vindication – it seems necessary if we are to treat them as allies. They cannot vilify those that worked and spoke to prevent all the major troubles America has seen and at the same time, channel the words and warnings of those men to face the current crisis.  As Gottfried wrote, “[s]outhern conservatives and Straussians have long been at loggerheads on historical and political questions.” And there are profound reasons for this.

We do not want to be vindicated for past stances. We merely fear a group that dismisses valid opposition, and warnings that proved true historically, in preference for men that acted rashly and often tyrannically. We fear allying ourselves now in common cause to fight a beast at the door only to end up with a new version of Lincoln or Franco in the near future. It is a Sophie’s Choice.

Ultimately, the current trendline is perhaps just so dangerous that we few, hearty paleoconservatives will join them, whether they are intellectually honest about the points they were wrong about or not. They hold the soapboxes in the public square, the populists know of them and need voices to guide them. And, profoundly, the elites and rhetoricians that lead the leftist populists are more dangerous, provably so historically, than anything the Straussians can conceive of. Yes, we will join them, whether they acknowledge us or not.

We humbly and sincerely ask for one thing from the West Coast Straussians – take a pause and reflect on all of U.S. history and who warned of what and when. Incorporate some of those we hold dear into your thoughts concerning a way forward. History is not binary, and few men ever had all the answers. We suggest you are missing a few powerful thinkers that you ought to add to your reading list.

I am a Southerner, a father, husband, and Christian and retired active duty Army field grade officer; I served for just over thirty years. I spent four years of my youth at The Citadel in Charleston. I am neither a theologian nor a professional historian. I do however ask many questions and endeavor to find answers and I believe, or at least hope, that I think critically and with the understanding that God provides.

1 Comment on "Paleos, Straussians and our shared Existential Threat"