Our initial report on the events of 2020 and the election

Investigate fraud, corruption, abuses of power, activities conducted under the color of law and violations of ancient and accepted right and privileges of a free people. Support the protection of lives, property, and the rule of law through a high-trust organization comprised of competent, disciplined men of high character and principles.

Simply stated, we watch the watchers. In a time when dangerous ideologies hold the minds of millions, media and organizations that are supposed to seek truth have abdicated their roles and many institutions of government have fallen to the corrupt nature of man truth is difficult to discern amidst crafted narratives. We seek aid in filtering the noise of ideology and narratives while holding those that exercise, or seek to exercise, power over us accountable. We are non-partisan, non-ideological, we hold as truth only the philosophical and traditional realities that made America possible. We oppose all enemies of the Republic, foreign and domestic.

First, what we are NOT:

What we hold in common:

The Original Regulators in South Carolina

The Regulators were backcountry settlers who banded together in 1767 in response to a wave of crime that swept their region in the aftermath of a disruptive war with the Cherokee Indians (1759–1761). Bandit gangs roamed the country with little fear of capture. Lacking local sheriffs, courts, or jails and frustrated by the distance and leniency of the colony’s judicial system, Regulators sometimes took the law into their own hands and either punished suspected bandits by whipping them, carrying them to the Charleston jail, or escorting them out of the colony. Regulators also struggled to control the wandering hunters whose activities threatened farmers. From a backcountry population that included about 35,000 settlers in the mid-1760s, it is likely that between 3,000 and 6,000 men participated in the Regulator uprising.

Protection of lives and property was the primary impetus behind Regulator activities. South Carolina’s backcountry, which included the entire area beyond the coastal parishes, did not have any organized local government apart from justices of the peace whose judicial authority was minimal. On the eve of 1767, the region had only two representatives in the Commons House of Assembly from the single backcountry parish of St. Mark’s. In 1767 men who identified themselves as Regulators presented a remonstrance to the assembly in which they enumerated long-standing regional grievances. They demanded local courts, jails, and other mechanisms for suppressing crime. They also requested local mechanisms for processing land warrants and increased representation in the assembly. During the election of 1768, hundreds of Regulators marched to three low country polling places, where they claimed the right to vote. The following year Patrick Calhoun (the father of John C. Calhoun) traveled to the polls at Prince William’s Parish with a group of armed men, who elected him to the assembly. It is likely that Calhoun was a Regulator.

How We Differ from the Original Regulators

We are not organized as units and do not operate as such. We are not an organized militia. We conduct operations within our communities, in cooperation with and in support of law enforcement and in support of societal order and the life and property of our neighbors. We do not seek or instigate violence. We do not take the law unto ourselves. To us, the rule of law is central to societal order and the essential foundation for all else, including rights and prosperity.

To co-opt a phrase from the Texas Rangers, One Riot, One Regulator. We generally operate alone, or small groups of other Regulators, in support of our communities and local law enforcement, in partnership with local authorities.

We exist as an organization to share comradery, mutual support, information, tactics and techniques, and a common purpose. Our vetting process creates a high-trust, close-hold, self-disciplining umbrella operation that allows us to mutually support each other as we support our primary mission. We join together to make our efforts joining with others more effectively.

We encourage and support our members to form close relationships with the local and county law enforcement agencies, either through becoming reserve officers or state constables. Our shared tactics and techniques, vetting process and the reputation we will develop will aid in facilitating that, making it easier for local agencies to perform their own initial vetting.

In jurisdictions where law enforcement leadership is either too prideful, or dense to accept our offer to help we focus on being leaders in our churches, neighborhoods, and the very local community. If a local police chief or sheriff cannot see what is potentially on the horizon and be wise enough to partner now with moral men of principles, we will not simply abandon our duty to our neighbors.

Regulator: is limited to able-bodied men over seventeen years of age who are:

In order to build a high-trust network and organization, our initial membership qualifications require the above criteria. In addition, prospective Regulators must submit a background check (self-funded), an interview, and recommendations (as well as documentation to certify the statuses required above).

Associate: is limited to the following

Prospective associate members must submit a background check (self-funded), an interview, and recommendations (as well as documentation to certify the statuses required above).

We operate under the concept of “one breach of trust, one Regulator”. Our standing operating procedure is ad hoc in nature, teams of Regulators and associates form around tasks. We have no existing command and control structure as such, beyond pure administrative functions. Regulators come together, work with each other and our associates on investigations and tasks, utilizing the premise that the best man for the job leads each ad hoc team.

We operate under the following authorities

Guiding Principles – We stand with those that defend life, liberty, property and societal order.

We are a core of proven, responsible, quality men that would rather spend our time pursuing other interests. We have ‘been there and done it” and do not need nor seek adventure. We value peace and societal order and understand that without order, all else is at risk. We intend to support local law enforcement and aid in ensuring that we never return to a state of lawlessness and criminal behavior as existed in 1767 when the first Regulators formed.

“We seek only the few, Dum Spiro Spero” 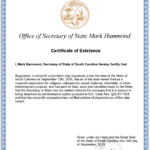